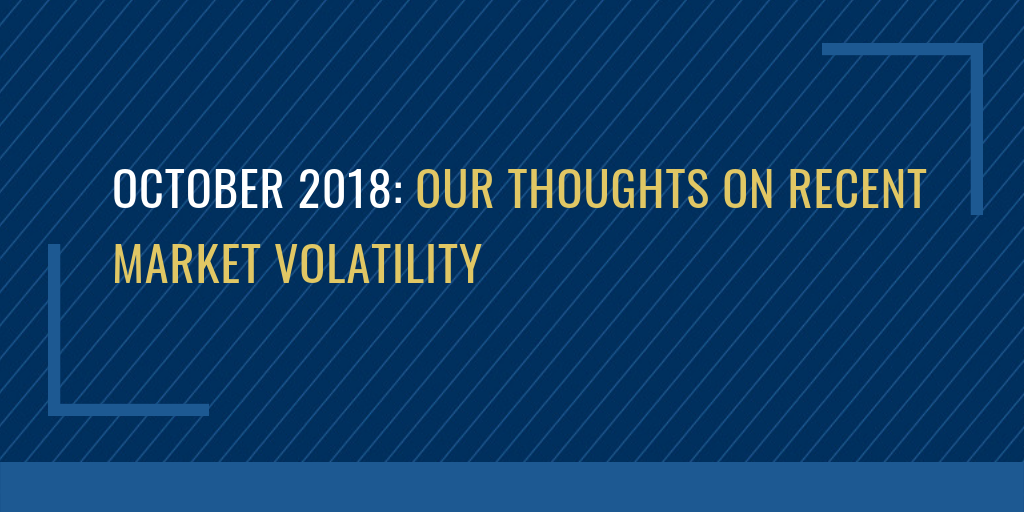 Our Thoughts on Recent Market Volatility

Markets have stumbled in recent days, but we believe it is a normal market adjustment or correction, not the end of the nine-year equity bull run. Here is our analysis.

As I write this at the October 16 market close, the S&P500 has dropped 5.5% from its September high. This followed more than six months of little turbulence.

Historically, the market corrects by 5% twice per year and by 10% every 2.5 years, on average. In this market cycle, we’ve experienced five official corrections (defined as a 10%+ decline) in nine years, as seen in the graph below. 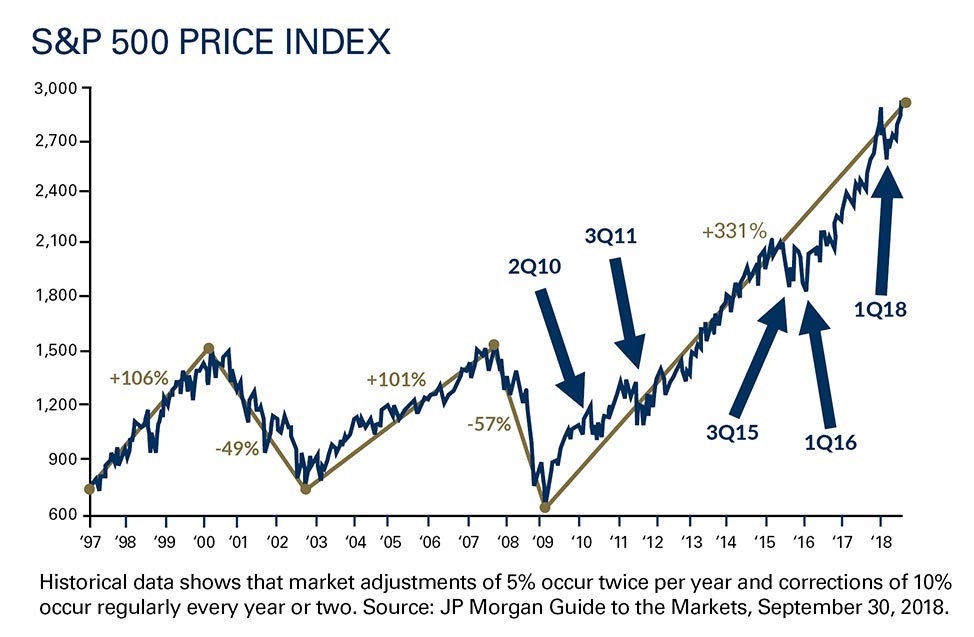 The last correction was eight months ago, in February. (Here was our perspective during the February 2018 market correction.) Two back-to-back bouts of volatility is not abnormal in this cycle. We experienced the same repetitive behavior—a sideways market if you will—in 3Q 2015 and 1Q 2016.

Some fear the current turbulence signals the end of our lengthy stock market upswing. While a turn can happen at any time in our ever-connected world, we believe fundamental key indicators support the notion that there’s still life in both the market and the economy and that we are not witnessing the “beginning of the end.”

We are, however, in two of the longest runs in history. Both the current economic expansion and the equity bull run are the second longest. The reality is: we’re closer to a recession and a bear market than we were a year ago. We’re simply suggesting that neither is imminently at our doorstep.

As in February of this year, it’s the news of growth that partially underpins current market activity.

Rates and the Fed’s Game Plan

Now that the economy is finally humming, the Fed is taking action—first to get ahead of inflation and second to restore interest rates that were held artificially low during seven notable years of sluggish growth. During that time, investors fretted over rate hikes and their potential impact on the economy and worldwide markets. Simply review June 2013, when the mere hint of rising interest spurred a global bond sell-off that spilled over into an overreactive stock market.

The Fed has been, in their words, “accommodative” during the slow grind since ’08. That is, after announcing intended rate hikes, they would postpone said hikes if the markets or economy didn’t appear quite capable of handling them at trigger time.

Today it’s much more certain that scheduled rate hikes are quite real. Not only is the Fed going to raise rates when they say they will but because of our economic strength, they might be more aggressive than previously assumed. This is partially what’s triggering reaction in the markets today. 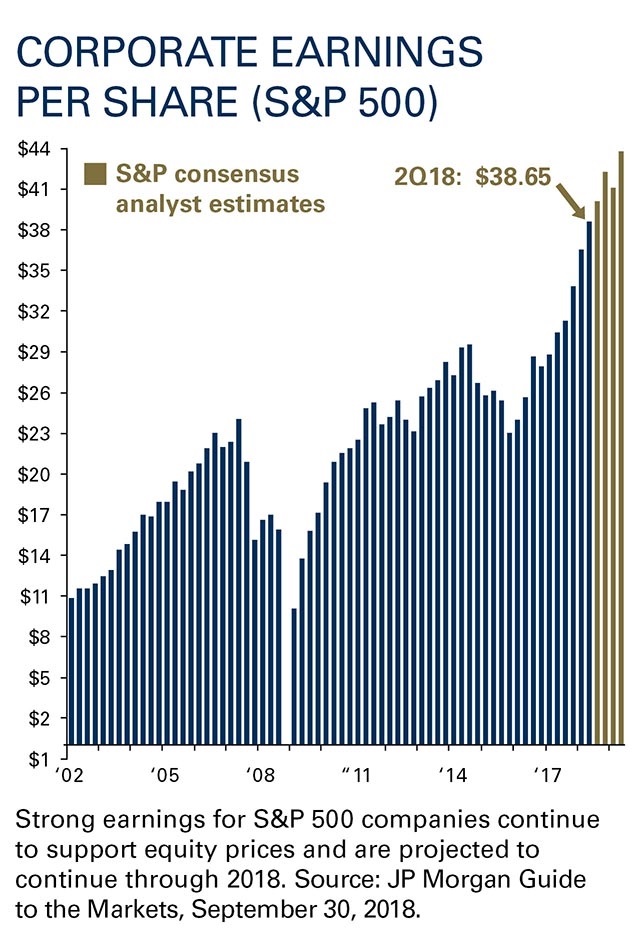 Tariffs and Their Potential Effects on Earnings

Another looming wildcard is tariffs. The potential trade war between the U.S. and, well, several nations was an out-of-nowhere investment risk that emerged during the first quarter of this year.

The biggest impact of tariffs could be on S&P500 corporate earnings, which have been incredibly strong since 2016 and, sans the trade-war impact, are forecast to increase. Such strong, accelerating earnings (see graph below) are a backbone to current equity market valuations, pivoting them away from cries of “bubble.”

But a major trade war could impact corporate earnings, and those concerns are fueling volatility.

Economists are a bit split on the issue: Some believe trade-war disputes will be resolved before we would experience a significant economic impact. This camp is not forecasting an earnings hit. Others project that tariffs will slow corporate output. Even so, any tariff-driven revenue drop would likely not overshadow the tax-reform gain, and profits would still remain strong.

Is It Time for a Bear Market?

Historically, a few common triggers have preceded the wakeup of a hibernating bear. These include a recession, commodity price spikes, aggressive Fed tightening, and extreme stock market valuations.

Is a Recession Nigh?

This economic expansion is the second longest in U.S. history, and today’s is unusual: Rarely do we see low unemployment coupled with little to no wage inflation. Within this environment, the typical recession triggers—economic inflation and interest rates—should stay tempered and allow the expansion to continue.

The United States’ economy is a force, and we expect its current momentum and strength to endure well into 2019.

Is Fed Tightening Getting Aggressive?

Fed tightening refers to the rate of interest rate increases, and the Fed is tightening, just not aggressively—at this time. The frequency of rate hikes is increasing and is forecast to be more aggressive than at any time in the last nine years. The Fed’s actions are in need of a delicate balancing act—fighting inflation with higher rates without exacerbating the inevitable economic slowdown. Though not yet a bear-market signal, the speed of their tightening is a key variable to watch.

Of concern, however, is the sustainability of the pace of earnings and profits. Corporations are receiving a turbo boost from the 2018 corporate tax reform, building on top of the existing upward trend of earnings since Q3 2016. At some point, the pace of growth will plateau, rates will begin to impact debt, and wage pressure will kick in and impact valuations. The fundamentals and current environment, however, suggest these are not of immediate concern, and valuations in the near term remain healthy.

As of early October, the job market and economy aren’t slowing and, in fact, may be heating up. Unemployment hit a 49-year low, and wage growth, although still below the 50-year average, finally began to catch up from its nine-year drag. 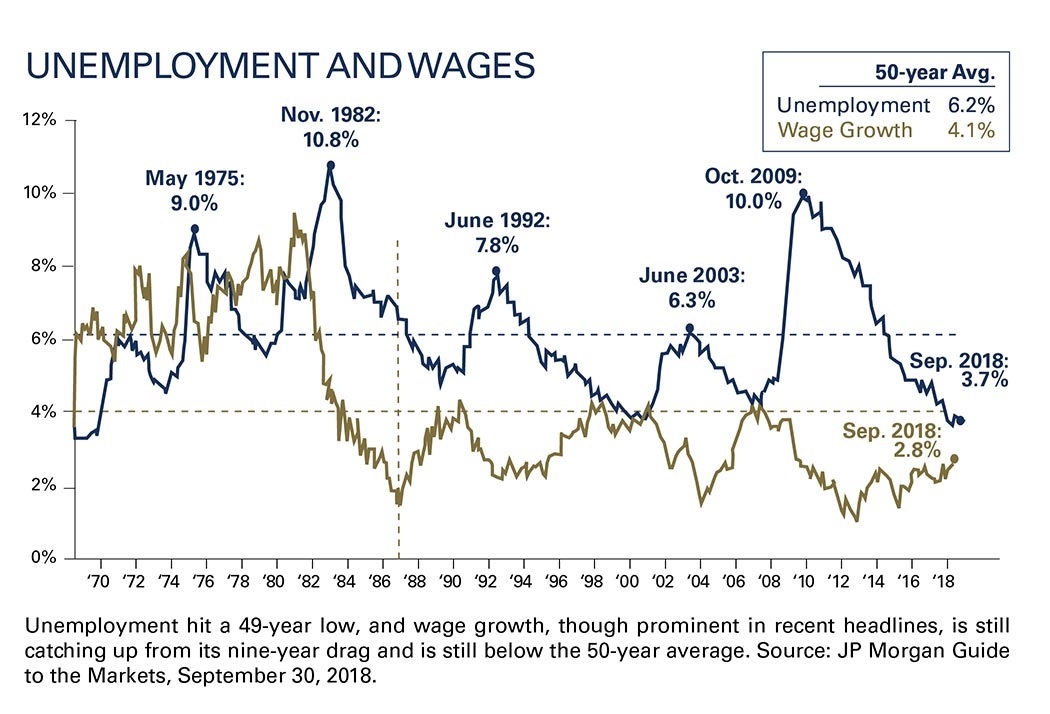 For the near term, despite the volatility triggered in the markets by the news of increased wage growth, it still has room for growth to get to any news of concern.

Volatility cycles can last days or months. Interestingly enough, two of the last three corrections ended the quarter with positive returns, and more than half saw strong returns for the quarters trailing. These corrections are not the same as a crash- or recession-based decline, which would last much longer and be more severe. 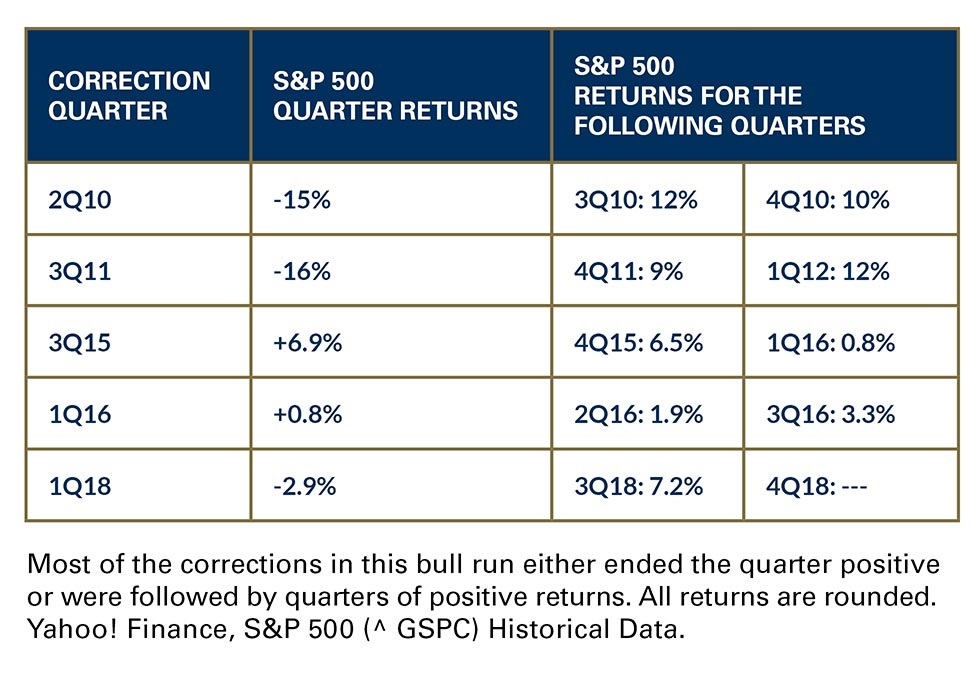 The stock market should enjoy the benefits of a continued strengthening in our economy, but short-term volatility may indeed create some negative returns. Negative short-term runs can be expected when holding stocks, and the measure of return should be calculated during the entire holding period. Many of the stock positions we hold today have substantial gains, which have not been erased by recent days’ trading.

We also believe it is important to maintain a significant allocation to stock to help protect future income from inflation. When rates rise, bond values will decrease and provide little or no protection against inflation. Stock values tend to rise during periods of modest inflation and provide a better store of wealth than cash or bonds during those periods.

As always, we’d be happy to discuss our investment strategies in relation to current events and your personal portfolio. Feel welcome to contact us. 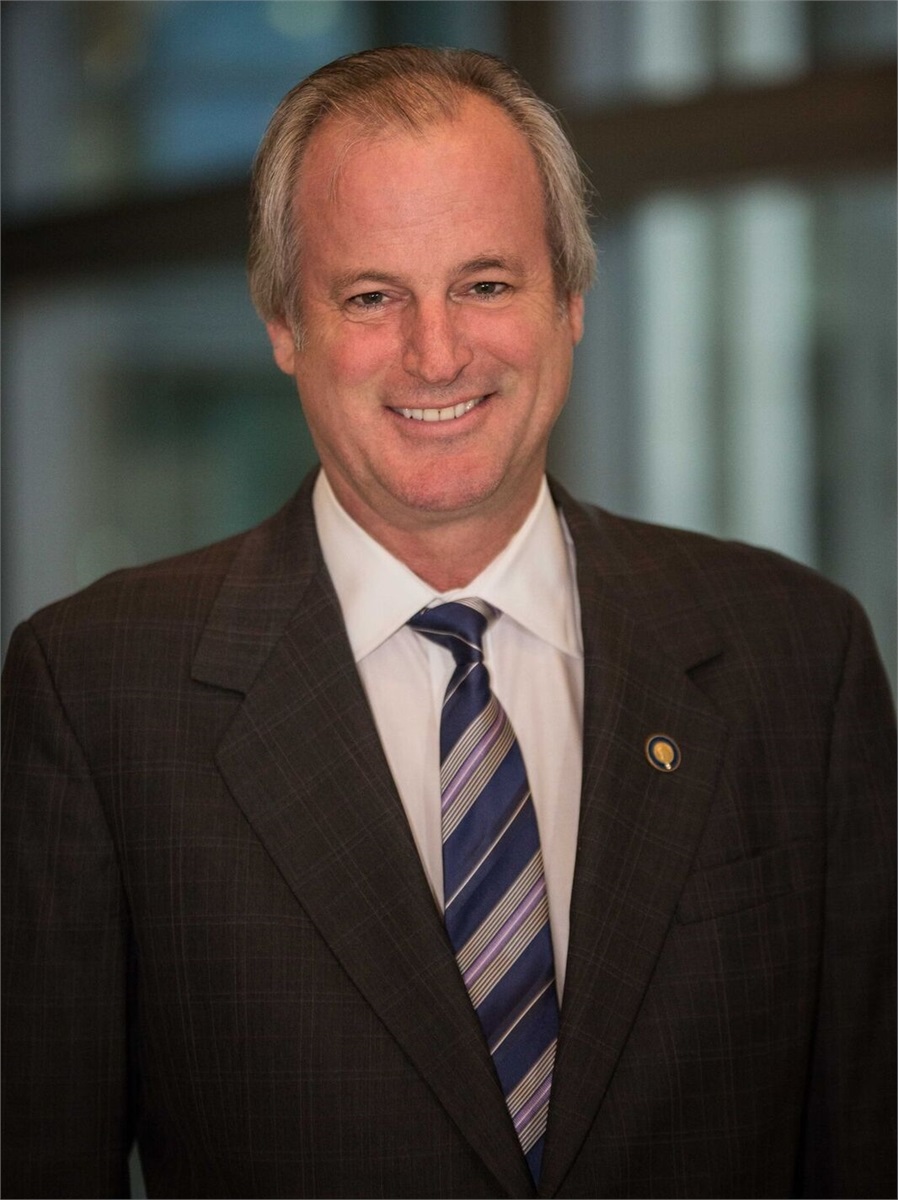