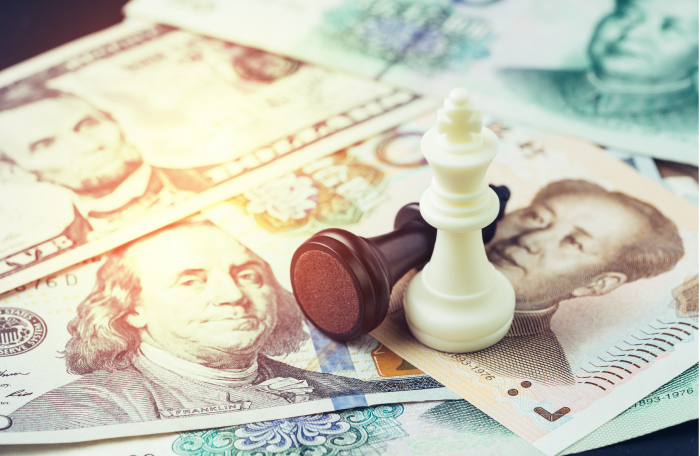 An out-of-nowhere, new investment risk emerged during the first quarter of 2018: headlines of a potential tariff and trade war. In an effort to stop product dumping into our economy, President Trump proposed tariffs aimed at foreign steel and aluminum, following up on his campaign promises.1 While China issued what could be the strongest response, trade partners like Canada and the EU also took a stance on the tariff's.1

The game begins, and it could be a significant, and highly unforeseen, variable in the markets. The real questions: How with the increased cost(s) of tariffs be borne, and will the demand for our exports of the tariffed products shift?

In February, the Department of Commerce, in the name of national security, sent the White House a list of recommended import tariffs: 7% for foreign aluminum and 24% for foreign steel. Businesses lobbied for the administration to avoid this move, while trade partners like Canada and the EU pushed back.

What has followed: market volatility, China imposing retaliatory tariffs on U.S. goods, further condemnation from trade partners1, and the threat of an additional $100 billion in U.S. tariffs against China.

The big question is why did the president and the Department of Commerce decide to levy these tariffs? Though not comprehensive, here are a few primary reasons:

Similar events, around 1930, give us a case study to review, showing us what can happen to markets and economies when we increase tariffs in an effort to protect our domestic industries. In 1929, the economy was strong. Hiring was up, and unemployment was down. But a particularly significant segment of the economy was struggling: agriculture.

Farmers, at the end of World War I, purchased more land to increase their output while food prices were up. But the price of food leveled out too quickly. Farmers were left with more debt than they could handle, and the global community was entering the Great Depression. So, farmers turned to Congress, which responded with the Smoot-Hawley tariffs.

In 1930, the Smoot-Hawley Tariff Act was passed as a protectionist trade measure to support U.S. farmers and manufacturers. The act increased tariffs on 20,000 imported goods. Retaliation ensued, and countries from around the world responded by raising taxes on U.S. goods.

Canada replied to the 1930 act and levied tariffs on 16 essential U.S. products that represented 30% of U.S. exports to that country.5 Canada then forged a better trade with the United Kingdom to work around the problem tariffs.

U.S. exports and imports fell by more than 60% during a four-year window, and experts believe the tariffs not only failed to deliver the benefit promised to farmers and workers, but, more importantly, exacerbated the Great Depression.

Today, as in 1929, our economy is growing. Hiring is up; unemployment is down, and, to help reduce China’s decades-long product dumping and Intellectual-property stealing, protectionist tariffs have been proposed on certain imports. China's response: retaliation tariffs on 128 American imports, including vehicles, planes, soybeans, and chemicals.

As it did in the '30s, a full-blown trade war could reduce both our exports and imports, which would slow down our economy (which before now has been forecasted for continued strong growth into 2019) and have trickle-down effects on the markets. Case in point: China's retaliation proposal includes a 25% tariff on certain U.S. aircraft, of which China imported $15 billion in 2016. Boeing saw a 6% stock slip in the wake of the news.

How these changes might affect U.S. economic growth and the markets is a wildcard, but here are a few possible scenarios to a continued trade war.

Nations Continue to Export to Us—from a Workaround

It is highly likely partners will look for workarounds, as Canada did in the 1930’s, to avoid extra tariff costs. Instead of selling products to us directly, China or other taxed nations could sell through another country to get to the U.S., effectively negating the point of the tariff.

A trade war may stop or slow China from product dumping (e.g., solar) and technology (e.g., computer chips), but it may come at a high cost. This a new risk to both the economy and the equity markets that no one factored in. A reduction in U.S. exports could hasten the next recession or at least slow the rate of growth later this year and into 2019.

The big difference between today and 1929 is our global marketplace. The world is more connected by trade than in the 1930’s. With our ever-increasing manufacturing and supply globalization, a trade war could lead to other countries filling the supply or demand, which could stick for longer than this year.

As of this writing, the U.S. and China have entered into negotiations, while also publicly declaring more retaliatory tariffs. The best outcome is, by far, for talks to work. We expect this could be a six-month process.

While a full-blown trade war has not yet happened, the volatility the rumors have caused cannot be ignored. This is a significant potential factor in both the markets and the economy for the foreseeable future.

As we wrote in our latest market and economic forecasts, we're expecting volatility in the near term. These new trade-war factors are leading to more trading volume and speculation that we've' seen in past years.

It is not 1930. We expect, and are hopeful, that China and the U.S. to negotiate their way through this and avoid the possible impacts a trade war could have on the world economy.

Those who do not learn history are doomed to repeat it.

The opinions voiced in this material are for general information only and are not intended to provide specific advice or recommendations for any individual.

All performance referenced is historical and is no guarantee of future results.

The economic forecasts set forth may not develop as predicted.

All indices are unmanaged and may not be invested into directly.

No strategy assures success or protects against loss.